This insomnia acupuncture research study investigated the six-week influence of acupuncture on sleep quality and daytime functioning in people with insomnia. The study was a single-blind, randomized, placebo-controlled clinical trial. 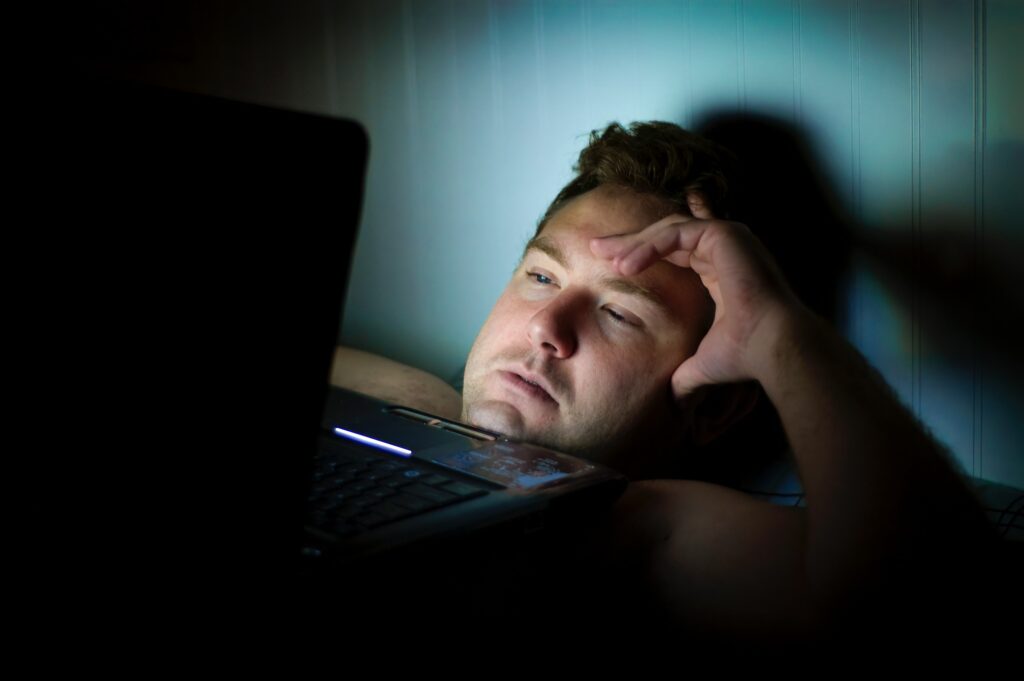 Insomnia is one of the most common medical complaints. The primary features include difficulty falling and staying asleep or feeling tired after a full night’s sleep. Insomnia causes significant distress or impairment in social, occupational, or other important areas of life.

Twenty three percent of the population in the United States have insomnia. Rates in European countries range from eleven to thirty seven percent, and in Asia from nine to twelve percent. Insomnia is associated with fatigue, sleepiness, decreased alertness, poor concentration and mood disturbances. It heightens the risk of absenteeism, impaired work performance, and higher odds for automobile accidents.

For chronic insomnia, benzodiazepine receptor agonists and cognitive-behavioral therapy are first-line treatments. Benzodiazepine receptor agonists are beneficial in the short-term management of insomnia, but there is little evidence for long-term benefit from this treatment. There are also adverse side effects including residual daytime drowsiness, cognitive impairment, and dependence. Therapy has also demonstrated benefits in randomized clinical trials. However, high cost of treatment and lack of trained therapists makes this option less desirable.

Acupuncture offers another alternative treatment for insomnia. It is one of the most common therapies for insomnia in China. Nevertheless, its evidence is plagued by methodology design limitation.

Most previous clinical trials of acupuncture for insomnia focused on the effects of sleep quality, and daytime functioning was not considered. However, the National Institutes of Health has emphasized the importance of including measures of sleep, daytime functioning, and quality of life in accessing insomnia.

This insomnia acupuncture research study conducted a small sample pretest on the influence of acupuncture on daytime functioning and sleep quality of insomnia. The study suggested that insomnia sufferers were usually more energetic during the day when they received acupuncture.

Based on the results from their previous pilot study, they designed a randomized controlled trial to investigate the benefits of true acupuncture, estazolam, and sham (fake) acupuncture on sleep quality and daytime functioning for insomnia.

The study participants were recruited through hospital-based advertisements from the out-patient clinic of Beijing TCM hospital between August 2009 and May 2011. Ages ranged from 25 and 75 years old, all were diagnosed with insomnia according the the DSM4, all had insomnia for 4 weeks or longer before the study began, and none had received any psychoactive medications prior to the study.

Participants were not included if (1) they had depression, anxiety or schizophrenia; (2) were diagnosis of serious disease of heart, brain, kidney, or liver; (3) had a history of sleep apnoea; (4) had been treated with investigational drugs in the past six months; (5) ever had acupuncture for insomnia or receiving acupuncture for any indication during the last year; (6) were pregnant or breast-feeding.

Subjects who met the inclusion criteria were told they would be randomly assigned to the true acupuncture group, the sham group, or the estazolam group. Subjects in the sham group were given the choice of extending 4 weeks of treatment with true acupuncture free of charge after the completion of the study. Each group had 60 participants.

The true acupuncture group received treatment using the following acupuncture points: Shenting (DU-24), Sishencong (EX-HN1), Baihui (DU-20), Sanyinjiao (SP-6), and Shenmen (HT-7). All needles were sterile, stainless steel and single use. Needle retention was 30 minutes. The acupuncture was performed every other day for six weeks.
One estazolam placebo tablet was taken 30 min prior to bedtime in the day without acupuncture intervention. The placebo medicine had exactly the same appearance as true estazolam.

In the estazolam group, subjects were treated with estazolam and sham acupuncture for six weeks. Estazolam (1 mg) was given 30 minutes before bed every other day. In the day without medication, sham acupuncture was conducted. The following acupuncture points were used: Binao (LI-14), Shousanli (LI-10), Yuji (LU-10), and Fengshi (GB-31). These points are mainly used for local disease and have no therapeutic effect for insomnia.

All acupuncturists and assessors had at least 15 years of professional experience. They were required to undergo special training prior to the insomnia acupuncture research study to guarantee consistent practices. Periodic monitoring guaranteed accuracy and quality throughout the study.

Epworth Sleepiness Scale (ESS) is a simple, self-administered questionnaire designed to measure the subject’s general level of daytime sleepiness. It can be used to evaluate the chance of dozing in the daytime.

Significant differences in SQ, TST, SE and DD were well maintained to follow-up period in true acupuncture Group 1. Subjects in this group had lower DD and higher SQ scores than those receiving estazolam and sham acupuncture. Both the true acupuncture and estazolam groups had significant reduction in most of PSQI subscale scores at post-treatment compared with the sham group. 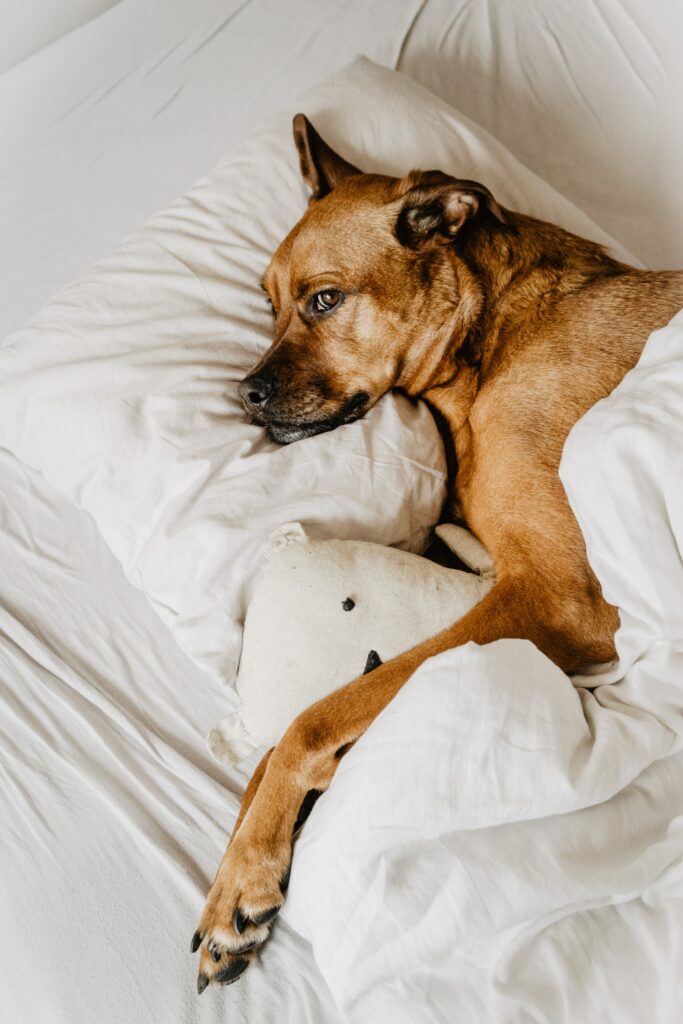 True acupuncture was better than sham acupuncture and estazolam in improving sleep quality (at 2-month follow up). One of the most notable results of the trial was that true acupuncture significantly improved daytime functioning. Subjects in true acupuncture group achieved lower DD and ESS scores compared with the other two groups. They reached higher VT (the feeling full of energy) scores at the same time.

The double-dummy technique utilized in this insomnia acupuncture research study helped generate better data quality. This involved giving participants both placebo medicine and placebo (sham) acupuncture. The design helped to increase compliance. In Chinese acupuncture clinics, it is difficult to only prescribe west medicine to a subject in a trial, typically resulting in high dropout rates. Double-dummy control of placebo medicine and sham acupuncture was applied in this trial to make blinding practicable.

In this study the function of De qi (obtaining an “achy” feeling at the needle site) was considered. “De qi” was based on subjective reporting by the patient (soreness, numbness, fullness, radiating sensation, etc.) and was regarded as a sign of efficacy according to Traditional Chinese Medicine (TCM) standards. Most contemporary acupuncturists believe it fundamental for efficacy.

According to TCM theory, the states of “energetic daytime function” and “powerful nocturnal sleep” form a circulation. If the circle is broken, the vicious spiral of “daytime low-spirit” and “nighttime hyperarousal state” will occur. Acupuncture is considered to play an important role in reestablishing the normal sleep-wake cycle. The result of the present study was in accordance with the theory.

Points selection is crucial for efficiency. Based on literature review and TCM clinical experiences, Shenting (DU-24), Sishencong (EX-HN1), Baihui (DU-20), and Shenmen (HT-7) are most common in the treatment of insomnia, depression and anxiety. Sanyinjiao (SP-6) is important to induce sedation and tranquilization. The points of sham group are mainly for local disease, having no relationship with treatment for insomnia. The results showed the overall effect of true acupuncture on both nocturnal sleep and daytime functioning.

As a benzodiazepine derivative, estazolam is beneficial in increasing sleeping time as well as reducing waking during the night. It was chosen as the control drug for its wide applications in the treatment of insomnia in China. As hypnotic drugs are recommended to be used preferably intermittently rather than regularly, estazolam was given every other day in this insomnia acupuncture research study.

These results are consistent with what we see at Raleigh Acupuncture. We have a high success rate at resolving chronic insomnia. Treatments are safe, relaxing and provide long term relief. This study was helpful is pointing out how acupuncture improves both sleep quality and improved daytime functioning. Both are important markers for good sleep.

WATCH VIDEO ABOUT OUR INSOMNIA TREATMENT.

LEARN ABOUT OTHER CONDITIONS WE TREAT.

Turning to acupuncture was my last resort to battling insomnia. I had been prescribed two heavy sleep aids with no success. After the third appointment, I went from averaging less than 2.5 hours of sleep to over seven, without any sleep aids. I still go and pretty sure I wouldn’t be here today without success from Raleigh Acupuncture.

Raleigh Acupuncture was recommended by a friend after I mentioned my insomnia and dependency on a sleeping pill. My apprehension was short lived because of the results of my visits to Dr. Mark. With acupuncture treatments and Chinese herbs I was able to begin sleeping well and continue to do so. Dr. Mark is a good listener and encourages his patients in all health issues as well as the original purpose for treatment. Consequently, my knees are stronger and I’m walking better and with more confidence. I haven’t had the need for a cortisone shot in a year and a half. Occasionally, I would use a cane and it’s now somewhere gathering dust. Also, I had a persistent headache that my primary physician had no solution for, and after two acupuncture treatments it’s a thing of the past. Hot flashes were another issue that was treated successfully. I am so grateful to have found a knowledgeable and caring person to treat my ailments, many of which I thought would only grow worse as I aged. Generally, I feel healthier.

I would like to thank Raleigh Acupuncture for the wonderful and very helpful treatments. I had been seeing them for my insomnia, which was making excellent progress at the time and has since been cured. On a previous Monday I was involved in a minor traffic accident. Due to the stress of the accident on Tuesday I awoke in a severe flare-up of my fibromyalgia. The pain was so bad I took pain killers and stayed in bed for the day. The following day I had an appointment with Dr. Mark which I wanted to cancel. My husband suggested I keep the appointment and tell Dr. Mark about the pain. After our discussion, he modified the treatment he had planned for me and treated the pain. I came home, took another pain pill and went back to bed. The following morning I woke pain free and have been since, which is about 2 to 3 months. Thanks again Raleigh Acupuncture!

I became a patient of Raleigh Acupuncture in 2007. I did a lot of research prior to selecting them and I never regretted it. Over the years, I have been treated for various conditions – insomnia, an auto-immune disease, a herniated disk, etc. I have recommended Raleigh Acupuncture to various friends and family members.

I highly recommend the practitioners of Raleigh Acupuncture. I’ve seen them for several years and have always recommended them highly and without hesitation to many of my friends, all of whom have been equally thrilled with the care provided. They are genuinely interested in your health and general well-being, with a focus on getting you healed quickly and gently. My hot flashes are GONE! and the Chinese herbs for sleeplessness are awesome too!

I haven’t slept well for 20 years.  That all changed when I was treated at Raleigh Acupuncture for my insomnia.  They said it would take 12 treatments, so I took a leap of faith and tried it.  I saw changes start to happen after just a few treatments.  Over the course of three months I was able to sleep better and better.  I weaned myself off of Ambien, and am now sleeping like a baby again.  I never thought I’d see the day!  It really worked.  And guess what?  I’ve got more energy now.  Imagine that – a good night sleep gives you more energy!  Rocket science!  Thanks guys!