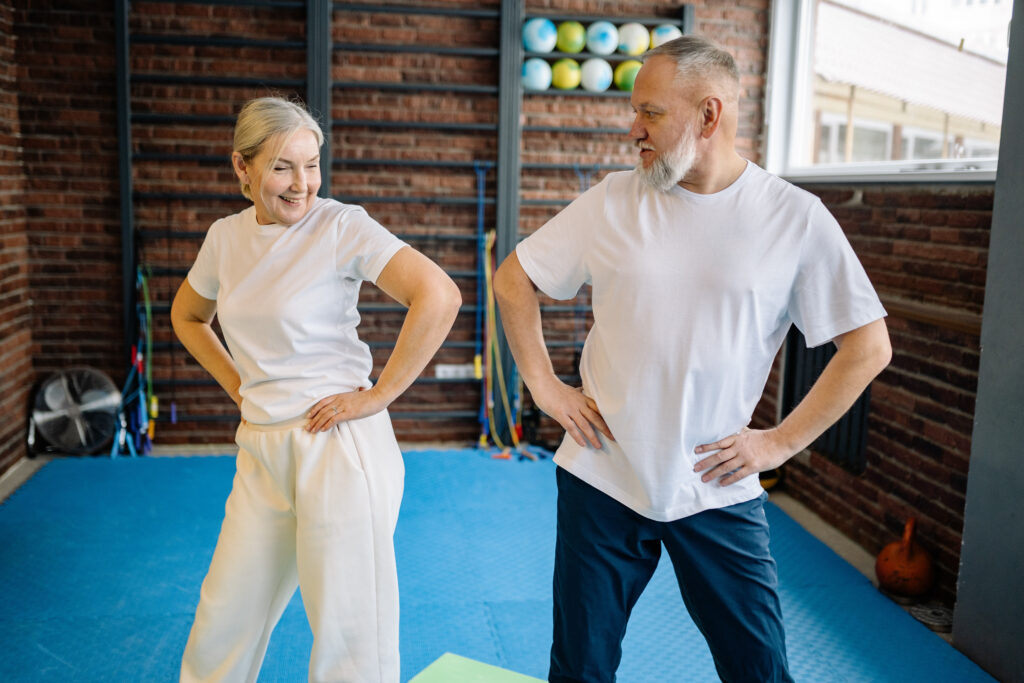 Two weeks ago, my left hip seized up, causing a level of pain I had never felt before, feeling like all the hip muscles spasmed simultaneously. At the same time, the muscle spasms pinched my sciatic nerve, sending searing pain down my leg into my foot. People describe pain on a 1 to 10 scale; this pain was easily a 12! The good news is my sciatica story has a happy outcome, one I am about to describe in today’s blog post.

My Sciatica Story – The Beginning

It all started two months ago when I pulled a muscle in my left hip. My Gluteus Medius has been giving me trouble, on and off, since I was a teenager. So when it went into spasm while I was doing yard work, I was annoyed more than concerned. In addition, the previous night, I had a poor sleep, which made me more vulnerable to trouble the next day. That trouble could have come in the form of a headache, irritability, or in the case of my sciatica story, a pulled gluteal muscle.

As I’ve lived with this type of injury my entire adult life, I did what many busy Americans do – I ignored it. I put on a back brace, continuing my daily routine, working through the pain – which was about a 3 out of 10. That afternoon, my partner gave me an acupuncture treatment to relieve the spasm, which brought good relief. I should have rested until the pain completely subsided, but I didn’t. I also should have gotten a follow-up acupuncture treatment five or six days later, which I also failed to do.

Instead, I lived with a low-grade spasm, which kept me from exercising but did not interfere too much with my busy life. I figured that eventually, the spasm with resolve itself. I was wrong.

Fast forward three weeks. It was a big day – my son was running in the State High School Cross Country championships in Kearnsville, NC. The weather was cool and windy, perfect for running – it ends up not so ideal for avoiding a sciatica flare-up, as my sciatica story will reveal! I drove the hour and a half out to the meet and spent about two hours outside, bundled up in a warm jacket, as the kids ran their hearts out for the meet. It was exciting watching the races, even if my son’s team did not win.

Later that day, after driving home, my left hip locked up, as I described at the start of the blog post. We talk about “wind” attacks in Chinese medicine, where external wind can lodge into the body at a weak link. My weak link was the lingering Glute spasm, and I believe standing around in a cold wind, combined with driving for three hours that day, created the perfect storm for triggering the worse sciatica attack of my life.

Acupuncture To The Rescue

Luckily, my partner, Jinmei Xu, treated me with acupuncture immediately, and her expert treatment released the tremendous muscle spasms engulfing my left hip. Following that treatment, my pain levels dropped from 12 out of 10 to 5 out of 10. Those five remaining pain points were due to the nerve pain traveling down my leg. Once acupuncture had released the muscle spasms, I had a dull, achy nerve pain combined with numbness in my lower leg, foot, and toes.

Five days later, Jinmei treated me again, which further eased my hip pain down to a 1 out of 10 – a rapid result given the intensity of the initial spasm. My calf and foot nerve pain also subsided, to around a 3 out of 10, but the numbness continued, unabated. The third acupuncture treatment in my sciatica story, five days later, focused on the numbness and pain in my calf and foot, which effectively resolved the pain. Now, two weeks out, I still have numb toes, but other than that, I am feeling good.

Jinmei’s treatments not only relieved the acute sciatica flare, but they resolved the lingering left glute spasm from two months ago, the pain that I had been ignoring. As a result, for the first time in two months, I can do a hamstring stretch without triggering pain in my hip. I should have asked her to treat that original glute injury more aggressively – it would have helped me avoid the sciatica flare.

The numbness in my toes will resolve – I’ll probably ask Jinmei to treat me one more time, focusing on them. That will be a total of four treatments to resolve the worse case of sciatica I’ve ever experienced. The numbness persists because the original hip spasm was so bad that even though it lasted less than a day before being released with acupuncture, it was long enough to damage the sciatic nerve. Nerves take a long time to heal, much longer than muscles. So this numbness was simply the residual damage from the initial nerve compression two weeks ago.

The lesson I’ve learned is not to let minor injuries linger – it’s better to treat and resolve them before they lead to larger, more painful injuries. For example, infrequent headaches left untreated can lead to more frequent, intense headaches. A stiff shoulder may lead to a more limited range of motion, ending up a frozen shoulder. Nagging occasional neck tightness can develop into chronic neck pain. Acupuncture is effective in resolving minor and severe pain syndromes – it’s easier to resolve issues early while they are still little. I learned this lesson the hard way with my sciatica story.

If you have sciatica, try acupuncture. It was the most effective treatment to resolve hip pain and sciatica (also known as piriformis syndrome).

Watch Video On Our Sciatica Treatment.

I’m a semi-professional weight lifter. I never had a problem until my hip went out doing squats. The pain was tremendous, like a sharp nerve pain down the back of my leg into the calf. It had sidelined me for two months while I tried unsuccessfully to work out the pain. Then a buddy suggested acupuncture. He had a similar hip pain and got relief at Raleigh Acupuncture. I went there and got treated. They told me to stop stretching until the injury was healed. I followed their instructions and got half a dozen treatments. The pain started easing after the first few treatments. I continued for another 6 treatments and was totally cured. I was able to get back to lifting with no residual effects of the injury. I’ve recommended this practice to a number of friends since that time and they all have had good experiences.

Ever since my hip replacement I had terrible hip pain that radiated down my leg into my foot. They were talking about redoing the hip, which I didn’t want to do, so I tried acupuncture. The doctors at Raleigh Acupuncture were wonderful. They gave me lots of time and told me what they were doing. They got rid of 90% of my pain. I can live with that!

I’ve been suffering from sciatic pain for years, since I was in a car accident. I tried everything and nothing helped. I couldn’t walk right and had a bad limp. My son made me go to Raleigh Acupuncture (I am afraid of needles!). They told me they would treat me 4 times to see how I responded. Well, I responded great. I had to get 6 treatments to get rid of the pain. Now I walk fine (no limp) and feel all better. Great place!